Northern Adapted Sports Association (NASA) was formed to help fill a gap in the community by serving as a hub for communicating adapted sport opportunities available and to help facilitate activities so that everyone may enjoy being active for life! 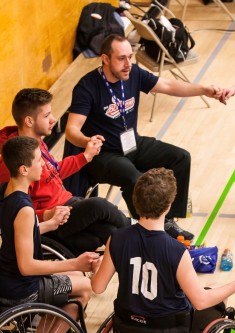 Rob Stiles program director
Growing up in London, England, Rob was very active in football (soccer), rugby, athletics and cricket. This didn’t leave much spare time but what there was, he spent watching sports. Since moving to Canada in 2004, after meeting Brandy, Rob shifted his focus to para sports and then towards coaching. As an NCCP trained coach, he leads NASA programs. He continues to pursue further training & development in all areas of coaching. Rob also remains a Liverpool FC supporter! Rob also works with Engage Sport North as Manager Physical Literacy Schools Programming. 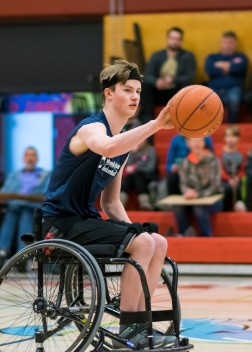 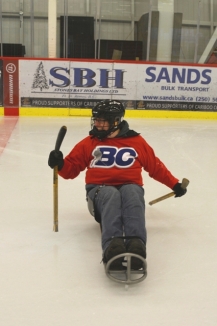 Brandy Stiles program coordinator
Currently employed as the Northern Program Coordinator for both Spinal Cord Injury BC and BC Wheelchair Sports. Brandy sustained a T11-12 spinal cord injury from a motor vehicle accident in 1998. Although not a competitive athlete, she enjoys playing a variety of adapted sports at recreational level. Her favourite activities include para badminton, swimming and kayaking. Brandy is an organiser by nature and uses these skills to provide program support.